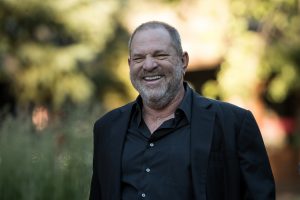 Harvey Weinstein would like his sexual assault trial moved to Albany. Or Long Island. Or maybe to the moon. Anywhere but New York City, where the accused sexual predator is sure he can’t possibly get a fair hearing in the “circus-like atmosphere [that] has been created by government officials and political activists who view this matter more as a political, cultural, and social event than a criminal trial.”

One can almost make out the spittle flecks on the Motion for Venue Change filed by Weinstein’s lawyer Arthur Aidala as he inveighs against “MeToo” and “Times Up” (scare quotes original), “the so-called women’s march,” and “the rallying cry ‘believe all women,’ a position that is antithetical to due process.” Abandon hope all ye men who enter here, into this Amazonian hell of bra burners, where the defendant nonetheless spent enough time to be credibly accused of harassment and assault by multiple women.

Aidala bizarrely claims his client, who boasts a long history of supporting Democratic political candidates, is entitled to a trial somewhere in Red State America because, “Polls show this activism disproportionately impacts the opinions of democrats [sic], the largest demographic group in New York City.”

Citing programs on Hulu and Netflix, upcoming books on harassment that will be on prominent display in every Barnes and Noble in America, and the protests against his former lawyer Ron Sullivan at Harvard (which we assume is still in Massachusetts), Aidala argues that Weinstein can’t possibly get a fair hearing in New York City. The only solution is to move the trial upstate, forcing Court TV to cancel its planned coverage when the on-air talent refuses to spend the night at some crappy motel outside Albany.

Has a venue change ever been granted due to celebrity intimidation? After what Marisa Tomei did to Joe Pesci in “My Cousin Vinny,” isn’t her very presence a form of witness intimidation? Clearly, the court has an obligation to make it really inconvenient for “the celebrities and the activists [to] take advantage of the location in downtown Manhattan to show support for the complainants.” It’s the only way to achieve legal transparency.

It is safe to say that New York City is the least likely place on earth where Mr. Weinstein could receive a fair trial, where jurors could hear evidence, deliberate, and render a verdict in an atmosphere free of intimidation from pressure to deliver a result that the politicians, the activists, the celebrities, and the media demand.

It’s not entirely clear why Harvey Weinstein thinks that he’s any more popular 120 miles north on I-87. Is there some mythical upstate paradise where the air is clear and the internet is all dial-up and no one ever heard of sexual harassment?

Insisting that the trial has to be moved out of the city “to protect the privacy and confidentiality of the alleged victims of sexual assault in this case” is a nice touch from the guy who hired Israeli intelligence company Black Cube to spy on his accusers.

Elizabeth Dye lives in Baltimore where she writes about law and politics.