Israel has deployed its Iron Dome anti-missile system in advance of the Eurovision song contest in Tel Aviv, according to a report.

On Tuesday, Haaretz reported the Israel Defense Forces had armed multiple Iron Dome batteries across the country in anticipation of the Eurovision Song Content, which started on Tuesday and runs until Saturday.

The contest brings together musical acts from countries across Europe, as well as Israel and Australia, and is a major event in the European calendar.

Each year the winning nation gains the right to host the competition the following year. In 2018, Israeli singer Netta won the contest with her song “Toy.” 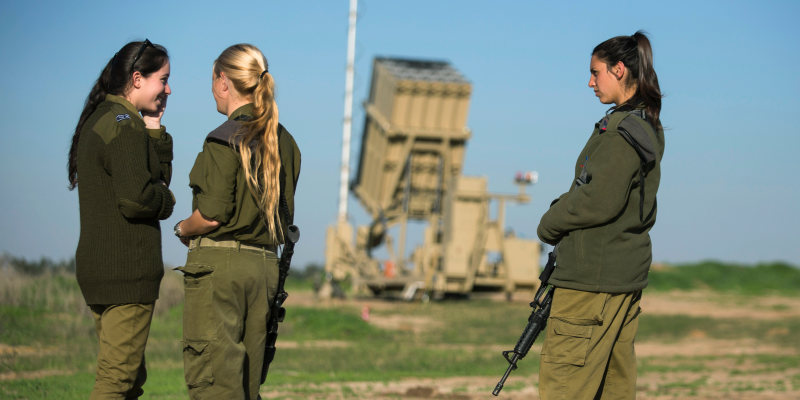 Foto: Israeli soldiers stand in front of the launcher of an Iron Dome missile interceptor battery in the southern Israeli coastal city of Ashkelon.sourceReuters

Israel and Hamas agreed a new ceasefire on May 6, after the Iron Dome’s capabilities were tested by 690 Hamas rockets fired from Gaza on May 4, killing four people, the Israel Defense Forces said.

Haaretz, referring to military sources, added that soldiers called-up in the wake of the deadly missile exchange on May 4 would be kept on until Eurovision finishes on May 18.

They also reported that permission to use the Iron Dome must come only from ranking officers.

In a statement on social media after the May 4 exchange, Hamas spokesman Abu Obeida claimed they had “succeeded in overcoming the so-called Iron Dome by adopting the tactic of firing dozens of missiles in one single burst.”

The Israel Defense Forces said its Iron Dome antimissile system was in fact 86% effective during the bombardment, not far below its recent average of 90%, suggesting Hamas’ tactics had a relatively minor effect.

The IDF told Business Insider that Iron Dome batteries were deployed according to operational needs.