Chestnut narrowly missed his 2018 record, eating three fewer dogs than he did last year, though that’s still a mind-boggling average of 7.1 hot dogs every minute – more than one every 10 seconds.

Many hot-dog contest victors dunk their buns in water before they eat them, and some competitive eaters even “jump around and wiggle their bodies” as they inhale dogs, Nathan’s website says.

“They’re trying to encourage the food to slide easily down the esophagus and settle compactly in their stomachs,” the site adds. 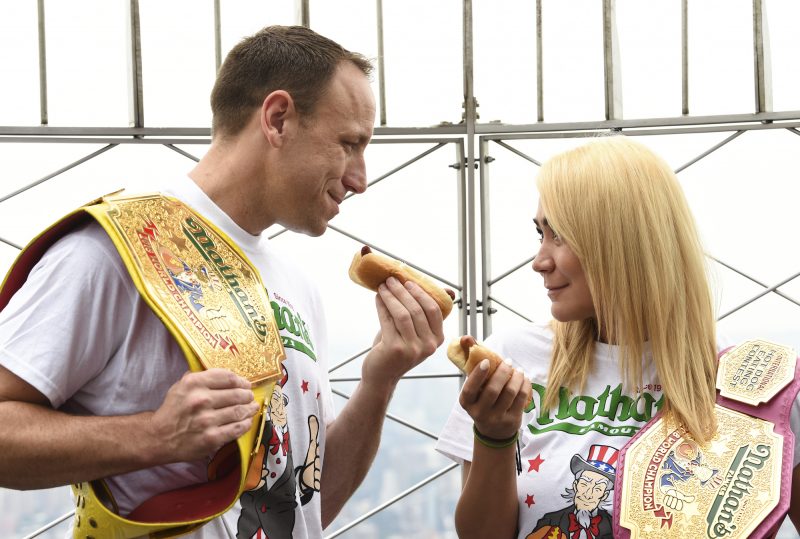 It’s hard for those of us who don’t see eating as a competitive sport to understand how the human body can perform such a feat (and manage to keep all the food down). But scientists have figured out a few key factors that allow a person’s stomach to do the job.

A 2007 study published in The Journal of Roentgenology compared the body of Tim Janus, a competitive speed-eating champion who could consume 36 hot dogs in 10 minutes, to a non-competitive eater with a healthy appetite. Each man was given 12 minutes to chow down on as many hot dogs as they could.

The researchers found that during the competition, Janus’ stomach stretched and distended, but it didn’t contract at all. The “normal” eater’s stomach performed in a near opposite fashion: he wasn’t able to stretch his stomach as much, and it did contract. Stomach contractions are important because they help break down food in the body for digestion.

That was just one of a host of abnormalities that has been observed in competitive eaters. Here’s how the sport can affect the body, from your brain to your bloodstream: 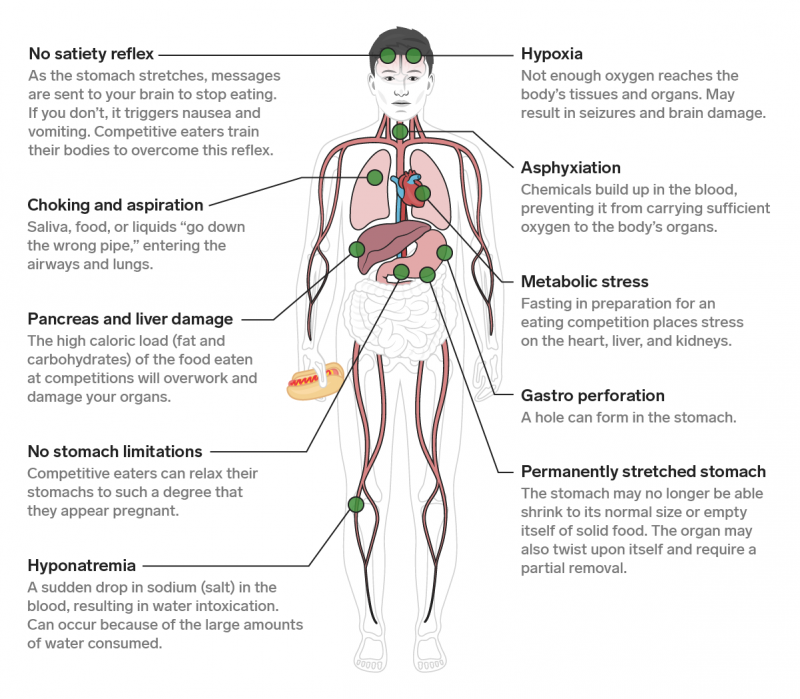 Update: This post was originally published on July 5, 2018. Molly Sequin contributed to an earlier version.