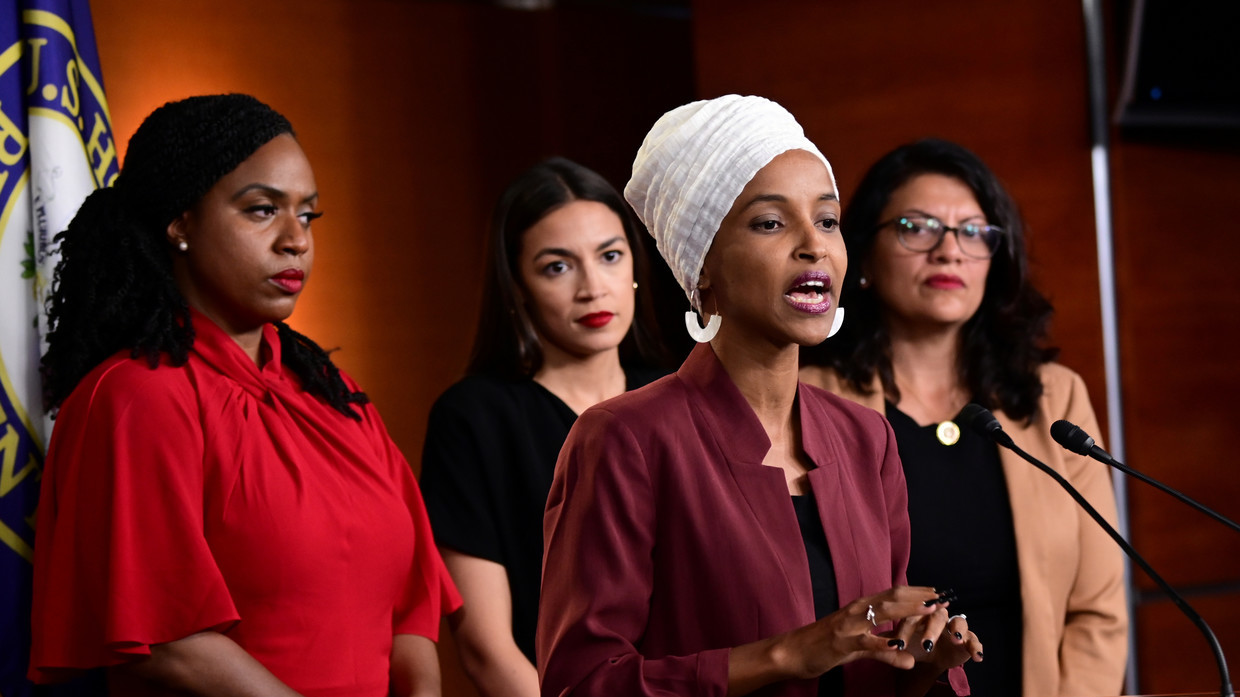 Presumptuously speaking for the United States of America the 4 women of color (although only 2 of them technically are), 2 Muslims (one head-wrapped, 1 not), 1 social media star from Westchester by way of Queens and one angry black Bostonian used the presser to audition for the future presidential sweepstake. Their credentials? They all harbor a degree of anti-Semitism, a hatred for America as it was founded and a fascination with socialism/communism. Aside from that the only thing they have in common is the fact that they all have big mouths. And thats all it takes to be a star in Democrat politics these days, since weve leveled the playing field.

To paraphrase Rep. Pressley, I will always refer to them as occupantsthey do not embody the grace, the empathy, the compassion, the integrity that their office requires and that the American people deserve.

So rock on Broad Squad, fame is fleeting. And your charm has a distinct expiration date. 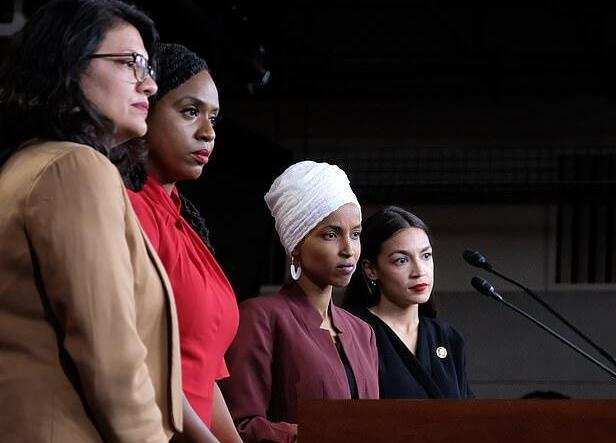 Navigation: use the links below to view more comments.

LOVE their smiling faces. They are Charming.

That isn’t a Squad it’s a squat it’s all they are worth they are unfit to hold any office.

The left love crazy people because they are the same lot utopia dreamers. 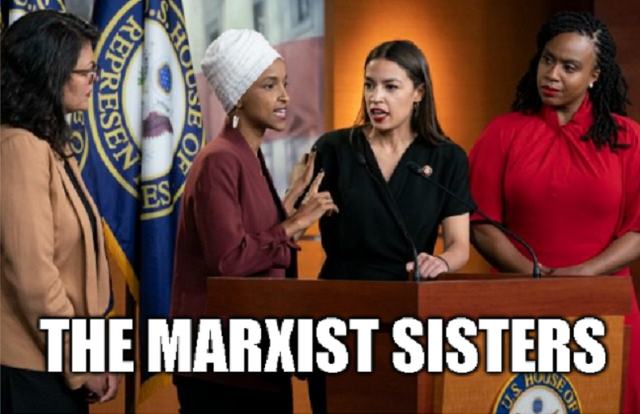 If it weren’t for Double Standards, the democRATs would have no standards at all.

Laura Ingraham calls them AOC plus 3.

Well, the DO represent the urban Ignorant. Their constituents think whitey is bad and that they DESERVE what those who have been successful have earned.

Their reaction to everything is to scream racism or just scream. Their drama quotient is high. Their arrogance is through the roof.

They probably wont make it through the next cycle.

They do have Soros financial and political support. If they are challenged in the primaries will Soros goons take the campaign to the streets?

AOC at least has a nice rack to draw attention away from the face. All the others have a face that could stop a clock.

18
posted on 07/16/2019 6:12:14 AM PDT
by Vigilanteman
(The politicized state destroys aspects of civil society, human kindness and private charity.)

the only thing they have in common is the fact that they all have big mouths.are irrational & ignorant.

They do have Soros financial and political support. If they are challenged in the primaries will Soros goons take the campaign to the streets?

They also have CNN, MSNBC, ABC, CBS, NBC, Facebook, Twitter and Instagram.With the extreme anti-Christian and anti-conservative hatred being spewed from these outlets every day – it’s a miracle that any republican, let alone conservative republican, can be elected to office.

I ask myself if we as a nation founded by Christians have gone past the tipping point. I.e., can we stop America from being destroyed by the unabated influx of foreign invaders combined with the brainwashing of our children by Christ-hating educators and media moguls?

There is a thing called God’s judgement. On a national level it manifests itself by war, occupation by foreign powers, famine and other realities we all wish to avoid. God is not mocked! What we sow, we will reap – as individuals and as a nation. America has killed tens of millions of children in the womb and now there are states that have legalized killing children post-birth. We have legalized so-called homosexual marriage, which is an abomination to God. Child abuse, child trafficking, brutality of every sort fills the news daily.

Here’s a word for each of us and for our nation: “And you will perish, too, unless you repent of your sins and turn to God.” – Jesus

Heeding the words of Jesus is always a wise thing to do.

Navigation: use the links below to view more comments.

Disclaimer:
Opinions posted on Free Republic are those of the individual
posters and do not necessarily represent the opinion of Free Republic or its
management. All materials posted herein are protected by copyright law and the
exemption for fair use of copyrighted works.